The Road to Financial Sustainability and Resilience 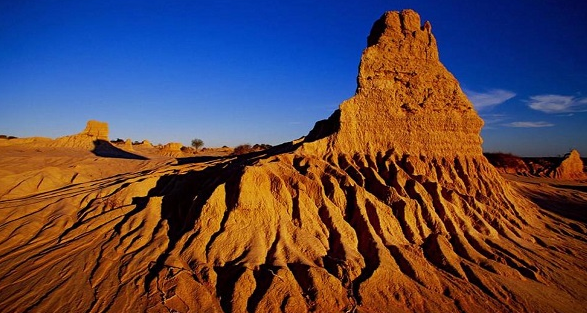 Balranald Shire Council was assessed by NSW Treasury Corporation as not financially sustainable and Council had been issued with a Performance Improvement Order to address its financial position.

Over the course of several months in 2017, Morrison Low worked with Balranald Council to address and consolidate its financial situation in order to create financial sustainability for the community now and into the future.

Firstly, Council sought a review of its current rating structure due to a range of factors, including a potential inequity between rating categories, the impact of the mineral sand mines and solar farms, the need to have appropriate categories and subcategories to manage any change in rating categories, and to address Council’s overall financial position and long term financial sustainability.

Morrison Low undertook the rates equity review by using our rates benefit model that compares the rates paid to benefits received for each rating category. This clearly demonstrated that there was a significant inequity between rating categories.

The challenge of introducing new rating categories involves understanding and quantifying the impacts mining and solar farming activities will have on the local community. Morrison Low, working with Council, developed a rationale that justified an increase in the rates income yield for Council.

Under the current rating structure, the total rates yield was $1.3M, whereas the services delivered by Council are valued at $13.7M. Morrison Low compared the rate structure with neighbouring councils and found Balranald Shire Council’s rates to be significantly lower on average, supporting the notion that the total rates yielded should be increased.

The next phase was to address Council’s ongoing operating deficits as they struggled to maintain a sustainable environment now and into the future. To address and amend this problem, Morrison Low developed a Long Term Financial Plan for Balranald Shire Council. This plan was used to identify potential financing issues within Council and subsequently create multiple scenarios that allow Council to define the pathway to financial sustainability.

The development and analysis of the Long Term Financial Plan identified that the most viable option was to apply for a Special Rate Variation (SRV) to the Independent Pricing and Regulatory Tribunal (IPART). This would allow Council to raise its rates beyond the rate peg and establish long-term financial sustainability. An assessment of the impact of the SRV was undertaken by establishing the most fair and effective rate schedule for the community.

In order to make a SRV application the community needed to be consulted. Morrison Low built a community engagement strategy and action plan that detailed a range of engagement activities. Five separate focus groups were held in different locations within the Shire, allowing access to all residents, with the purpose of ensuring all community members understood the need for the SRV. Council received feedback from each focus group that was recorded and considered. In conjunction with this, Council sent out a “Have Your Say – Submission Form” that included an information leaflet detailing the current situation and the importance of a SRV. A major part of this Community Engagement Plan was to gauge the level of understanding and support from the community. 185 submission forms were returned to Council, of which 90% agreed that the current financial situation was not sustainable and action was required. However, the majority of the community feedback was against the SRV, stating that they didn’t see why they had to pay the price for previous Council’s poor management.

After considering the community’s feedback and given the current financial situation, Council made the decision to apply to IPART for a SRV.

In the final phase Morrison Low prepared the Special Rate Variation application working with Council to have the application submitted in accordance with IPART’s guidelines and timetable.

In May 2018, the SRV application was approved by IPART.